Tom is 28 years old and living with Dravet Syndrome. As well as experiencing around 30 seizures a month, he is autistic and has a learning disability. He needs 24/7 care. Tom’s mum, Sue, shares their family story. 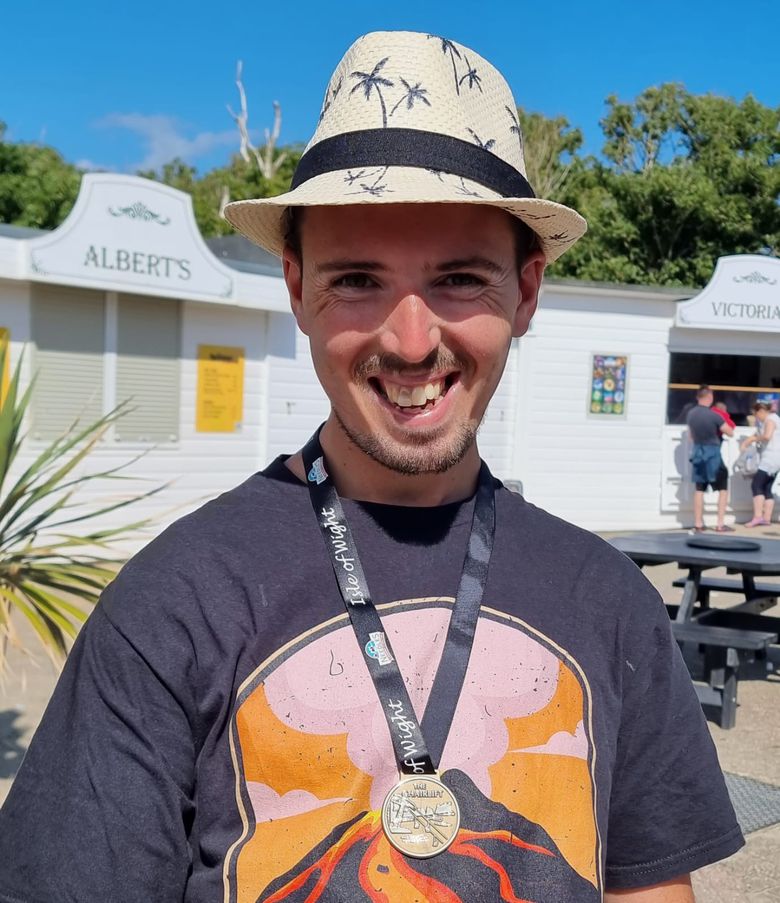 The early years and diagnosis

Tom had his first seizure when he was five months old, it lasted 40 minutes and he was unconscious for nine hours afterwards.

From that point on Tom had seizures every few weeks and they all needed emergency medication to bring them to an end. We were told that he had epilepsy and he was put on medication to control it.

The first question that I asked the consultant that he saw at our local hospital was 'why?' - he said that I would probably never get any answers and that we just had to accept it. We changed to a London hospital and consultants that understood the complexities of epilepsy soon after that.

Tom was tested for Dravet Syndrome 14 years later. “We didn’t think too much about it, it was just another test. So, when we got the result - nearly a year later - we were really surprised. I cried because after 15 years I had the answer to that original question of ‘why?'. It was genetic and was always going to happen, there was nothing that we could have done to prevent it.

Once we had the diagnosis, this opened up a whole new world to us - there was a support group, DSUK, and suddenly Tom wasn’t a one-off with ‘lousy epilepsy’ as his consultant put it, but a whole group of us and a Facebook page where we can stay in contact daily.

When Tom was approximately five and a half we went through a really bad patch for about eighteen months; medication stopped working and with each new medication that was tried it bought new problems with it. We were doing emergency dashes up to Guy’s Hospital every few weeks and then having to stay there for weeks while they tried to stabilise Tom. It was a very lonely time. I stayed in hospital with Tom while my husband Adrian worked and then came to the hospital in the evenings.

The difference that support group would have made, being able to be in contact with other parents that really understand because they are either going through what you are going through themselves or have been there before.

We are one of the parents of older children with Dravet Syndrome and it’s really rewarding to feel that we might be able to help parents that are just starting off on the Dravet road. 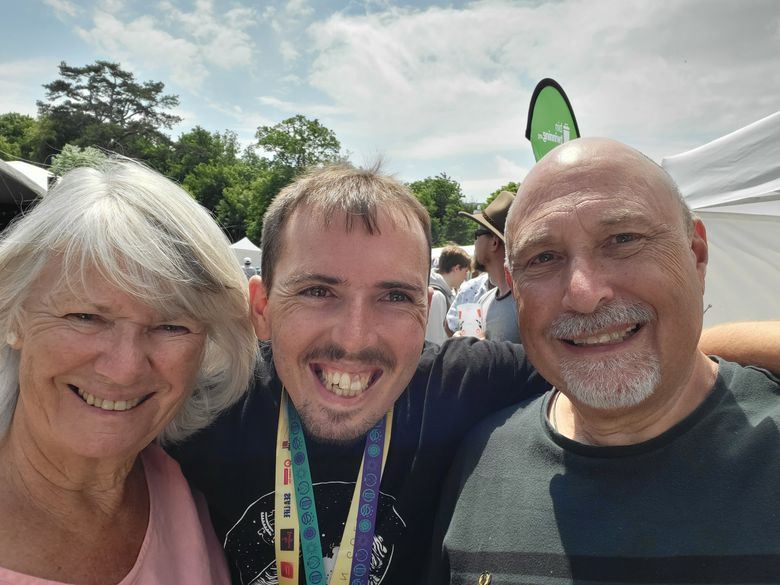 Tom started off at a mainstream school, he was doing okay until he was around 5 years old and then his seizures went haywire. They tried so many medications and at one point he was on seven different medications, but it was still getting worse.

At 15 he was accepted at Young Epilepsy (YE) as a residential student. As parents this was heart-breaking and wasn’t what we wanted for Tom, but as we were told that it was in Tom’s best interests by the educational psychologist, we felt that we had to explore the idea. Tom did well in the school at YE and with hindsight we felt that he probably should have gone there sooner. He stayed in school until he was 19.

However, he hated college at YE, and we ended up withdrawing him after a 1 ½ years. His behaviour had deteriorated badly because he was unhappy. Unfortunately, because he had been so unhappy it took approximately a year for his behaviour to settle down again at home and resulted in him being assessed as needing 2-1 care.

Today, Tom has a very good quality of life. 30 seizures a month may sound high but is good for Tom compared to what his seizures used to be like.  He usually starts off with a tonic clonic, but then has cluster seizures. We use emergency meds to break clusters or prolonged seizures.

He is very active, talks constantly and is very sociable, he has everything he needs and has a good life.

Tom is now living in his own home, with 24/7 supported living care, funded by Continuing Healthcare. We’ve developed his care package ourselves and we directly employ the carers. Most days we visit his house, to ensure everything is running smoothly.

Most of the time, Tom lives a supported independent life. People are told ‘these are your options – supported living, residential care or muddle through at home with a limited amount of support’. And it doesn’t have to be like that. You decide what you think is best for them. You have to fight for it, but we always had a long-term goal for Tom, that when myself and Adrian retired, we would pull back. We started planning this in 2021 during Covid.

We want other parents to know that you don’t have to accept residential care if that’s not what you want.

We’ve now set Tom up for the rest of his life and for when we aren’t here anymore. His sister is part of the team and is his deputy, so we know he will be okay in future. Tom is our whole lives.

There’s very little guidance for adults with Dravet Syndrome, but it’s not a dead-end diagnosis. There is hope and a future.

We’ve had 27 years of coping with misunderstanding and lack of knowledge; we’ve had to fight to get the right care for Tom and to be listened to as his parents and caregivers, but we’re not fazed. It can be very scary when you’re not being listened to but it’s important to stand your ground and remember that where your child is concerned, you are the expert.

We want to see things change for the next generation of children with Dravet and their families, so they don’t have the same experience as we’ve had.

We now come under the category of being one of the parents of a young adult with Dravet Syndrome. It was very daunting going from childhood services into adult services, but it's all do-able. It's really rewarding to feel that we might be able to help parents that are just starting off on the Dravet road, which we can do through the Dravet Syndrome community supported by DSUK.